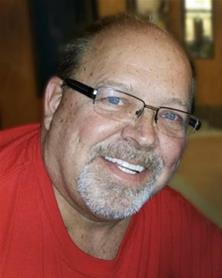 John T. Greenwood, age 70 peacefully passed away, with his family by his side in the Hospice unit at Hancock County Memorial Hospital on Friday, July 29th at 11:15am, after a courageous 8 month battle with brain cancer.

A public visitation will be held at Immanuel Lutheran Church in Forest City, Iowa on Monday, August 15th from 1:00 - 3:00 PM with a family service to follow at 3:00.

In lieu of flowers, donations may be made on behalf of John to the family.

John was born on December 14, 1951 in Belmond, Iowa to Arlene and Thomas Greenwood Sr. He attended Belmond Community High School, in Belmond, Iowa. In High School his love for music prompted him to start a band known as the Confederacy. They traveled performing several gigs in towns around the area. One gig landed them in a small town called Farnhamville, where he met the love of his life, Sheila Larson. After high school he married Sheila and they moved to Forest City, Iowa. To this union, Christine, Heather and Tommy were born. The couple worked at Winnebago industries. While in Forest City he served as a reserve on the Forest City Police Department for 10 years. Later he managed Southtown Building Supply. His love for construction and sales directed him to start up his own business with later finishing his career at 3M.

In his free time he enjoyed listening to music, camping, fishing and spending time with his family. He could be found tinkering in his workshop, sharing a smile or joke with others, or planting flowers and vegetables in his gardens. He most loved his family, especially the grandchildren. He would always find time to teach them how to fish, show them how to build something, attend their many events and of course share in his love of music.