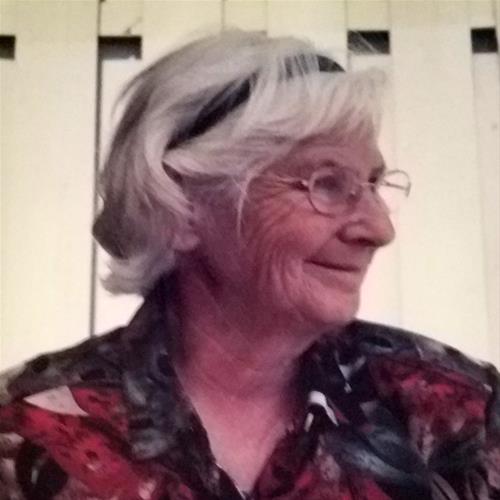 She was born on February 10, 1936, in Guthrie, Oklahoma. Betty was the daughter of Juanita Plank. She married Donald Goss in 1952 and two sons were born to this union. They later divorced. Betty married Charles Doyle in 1972. Betty worked for a company called Blue Bell, the maker of Wrangler Jeans. Her job was to sew the “W” on the back pockets of Wrangler Jeans. Today, there is a machine that does that job. In her spare time, she liked to garden. Betty also loved to sew and quilt.

Preceding her in death was her mother Juanita, husband Charles, and brother Joseph Sauber.